ECN at the Forefront of Emerging Talent

ECN at the Forefront of Emerging Talent 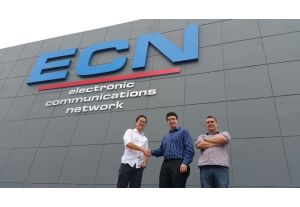 ECN, one of the largest next generation telecommunications providers in South Africa, was proud to sponsor the 2015 Best Computer Science Honours Project. The title, bestowed by the Computer Science and Applied Maths Department at Johannesburg’s University of the Witwatersrand, was given to Wade Pimenta for his ingenious project titled Speech Capabilities on a TurtleBot Using Online Chatbots. 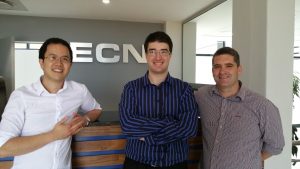 Wade’s project is an example of the exceptional talent that lies within South Africa and should be nurtured and challenged at any given opportunity. ECN’s direct involvement with this award is testament to their belief of staying engaged with academic research through fostering a positive, long-term relationship with Universities and other institutions.

Wades work paves the way for the general public to interact with computing devices in an intuitive and simple manner. This involves aspects such as speech recognition and synthesis using both the Google and Sphinx-4 engines, as well as their practical implementations on a TurtleBot, using the Cleverbot online chatbot. The research allows machines to facilitate human queries using non-computer oriented interfaces. ECN is the largest independent next-generation telecommunications operator in South Africa. The vast majority of ECNs systems and platforms are either Open Source or entirely designed, developed and supported by their in-house development team.

As part of an initiative to develop and nurture the best talent in South Africa, ECN is offering bursaries to honours mathematical science students in 2016. Says Allan Chang From ECN; “There is a real danger that South African talent will leave our shores to work abroad or, alternatively, find employment in unrelated and no doubt less exciting industries. It is therefore vital that we facilitate an outlet for our up-and-coming computer and mathematical science graduates to work on locally developed, South African software and effectively utilise these creative and innovative energies.” 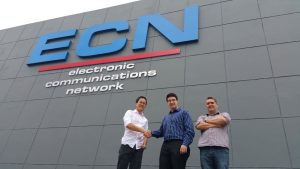 ECN is a leading player in the delivery of affordable and accessible converged voice and data solutions that are at the forefront of the next generation network. Contact ECN today for all your business communication needs.