The state of connectivity in SA

The state of connectivity in SA 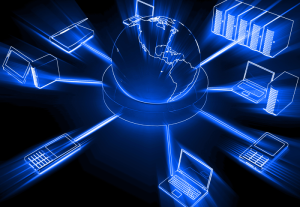 The research into internet connectivity within South Africa, and across the African continent, indicates we are in a massive boom with regards to enhanced internet access, and this surge is projected to continue for the next few years.

Global predictions for the Internet of Things (IoT) and Machine-to-Machine (M2M) sees this installed base reaching between 12.5 and 13.3 billion by 2020. For the South African market, the IoT/M2M installed base will reach 35 million by 2020. According to Africa Analysis, technology such as mobile cellular and Wi-Fi will continue to grow at a rate of 14% and 11% respectively, pushing mobile cellular to 8.7 million connections with 7.4 million Wi-Fi connections.

This growth is an increasingly positive step for the country, and continent, as increased internet connectivity will result in access to education, employment and an improved economy overall. This has not gone unnoticed by the South African government which is working on the National Development and South Africa Connect plans to bring this about. Last year, the government partnered with the World Economic Forum to launch a private-public initiative, South Africa Internet for All, aiming to bring access to every South African by 2020.

There are already inroads being made, although South Africa is nowhere near its first-world counterparts as yet. According to the Internet Access in South Africa 2017 study by World Wide Worx, there should be 22.5 million online users currently, which means internet access to almost half of the population – sitting at around 55.9 million.

According to Arthur Goldstruck, managing director of researchers at World Wide Worx, this ‘appetite’ for faster internet connections has driven the rollout of fibre optic networks with ADSL showing a simultaneous decline. One of the reasons for this move is the demand for streaming services in the music and television sphere, and the ADSL connection is just not operating at the necessary speeds.

Read more: 6 ways that fibre will change business in SA

Goldstruck also noted that the data prices, currently, prevent many users from accessing internet with 29 million smartphones in South African and only 21 million internet users. Those earning higher incomes tend to buy data in larger bundles, bringing down the overall cost, but this is the minority and South Africa’s data costs remain among the highest worldwide.

Reshaad Sha, chief strategy officer and executive director of Dark Fibre Africa, picked up on this stating that there is still a major gap in information technology. For South Africans earning more than R30 000 a month, the internet penetration is at 82.4% – similar to must industrialised nations – but this declines to 61.3% for those earning between R14 000 and R18 000; 42% for those earning between R3 000 and R6 000 and below 30% for those earning below R2 500. This emphasises the need for enhanced accessibility for the empowerment of those in lower income groups.

The dissemination of fibre optics is tackling the infrastructure problem across South Africa, however, the report did indicate the vast digital divide between major metropolitan areas and smaller towns. Metros have levels of 67.7% while outlying areas have only 32.3% – and this doesn’t take into consideration the rural areas.

There is good news for South Africans, however, as the government is driving connectivity and fibre optic is the chosen solution. Wireless internet will see enhanced opportunities, a better educated public and improved service delivery. The rise of internet connectivity has far-reaching benefits, provided it is implemented correctly.

Read more: 5 things you need to know about fibre